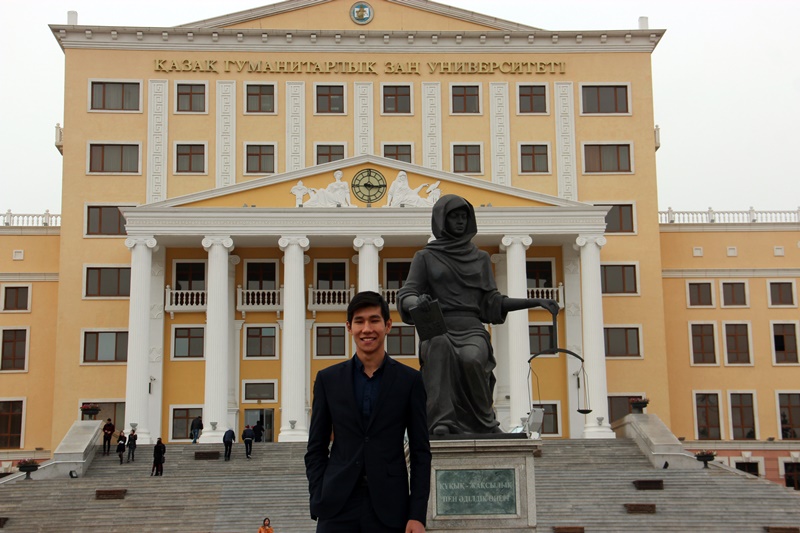 Meet Kuanysh Uzbekov, a first-year student of the Graduate School of Law at KAZGUU University. His invention – the “Toilet tank bank” – will help to significantly reduce water consumption, and thus the associated expenses of the family budget. However, the inventor’s start-up idea of ​​the will be useful for organisations as well. The value of Kuanysh’s technology has already been recognized by “Astana Su Arnasy”, as the company has placed their first order for 100 pieces.

“Water is the source of life. Only in our city, water demand in the current year will be about 97 million cubic metres. And this figure, according to official statistics, is constantly growing. I’ve seen people putting heavy objects, such as bricks, inside their toilet tanks in order to reduce the amount of water used for flushing. Taking this method as a basis, I studied technical literature, analysed the data, and came up with the idea to create a bag installed inside the toilet tank that would allow you to save 3 litres of water with each flush”, the inventor said.

Kuanysh is studying international law; his choice of discipline was dictated by the desire to know the law in order to use professional skills in the future for the benefit of his country. It was for this reason that he worked hard to enter KAZGUU, and now his dream, just like his start-up project, has been realised. We wish our student great success in the future!